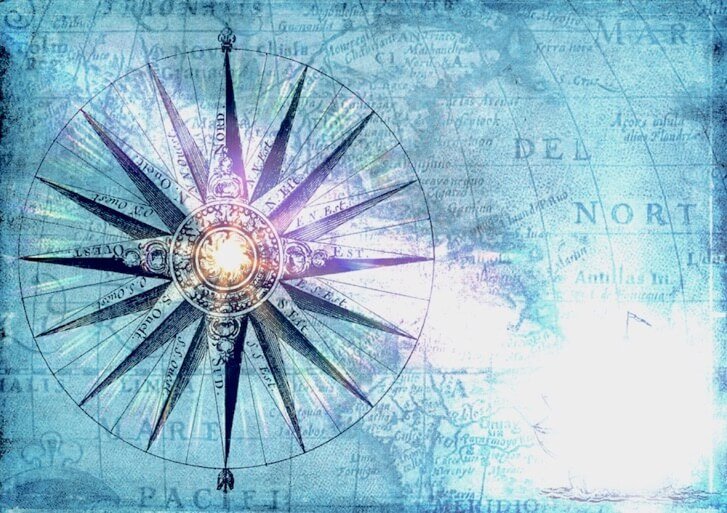 Did you know that your spirit comes with its very own compass?

It points to the truth. No matter what you've been told or even been forced to accept and practice. Your spirit compass is waiting for you to ask for its direction.

Most families carry on their religious beliefs much in the same manner that they carry on holiday traditions. Parents preach what they think that they believe, and the child is expected and taught to believe the same thing. It’s a cycle that has become nearly endless, and one that can sometimes do more harm than good.

Now, as an adult, it’s possible that you’re feeling conflicted

This article is meant to help ease the stress that’s weighing you down, and figure out exactly where your spiritual compass is pointing.

As a child, it’s easy to go to the church or temple that your parents do. You listen to their rules, and you listen to the rules of their religion, and you consider it yours.

But, as the years pile up and expectations start to press in from every angle, it can be harder to count that as your truth. What do you do when the God that you’ve been praying to no longer seems to be the right one?

What do you feel?

Shame can be a common response, but it’s the wrong one.

There’s no reason to be ashamed!

This is just another branch of self-discovery! In a world as vast and complex as ours, it’s impossible for everyone to share the same belief.

There’s no saying that one is more correct than another, and there’s nothing wrong with dabbling in different beliefs as you try to find the right one for you.

It can take years before you find a God or group of Gods, or simply a philosophy to call your spiritual home. Or a beautiful idea that fills you with the right sense of trust and meaning.

There are so many religions out there

Judaism teaches that there is only one god. And Christianity and Islam followed suit. And then there is Buddhism, Hinduism, Shintoism and many, many more.

The belief systems of Heathenry, Wicca, and even Satanism gain in followers and public perception these days. Wiccans worship a Mother Goddess with a high focus on the earth and nature spirits.

Heathenry is the worship of old Norse gods, such as Odin, Frigga, and Baldur.

Latvian Satanism has a creed where you are the greatest being, and the life you live is the most important. Buddhism follows the teachings of Buddha, with a focus on dismissing material needs and finding a complete level of inner peace.

The spheres of Destiny. A lot more on that soon.

Sometimes, a simple glance at the core beliefs or beings worshipped is enough to turn you away from a subject.

Sometimes, it can take being an active participant in that persuasion to find out if it’s the right one for you.

There is no harm in taking part in one religion and then deciding that another is more fitting to your personal beliefs, no matter what anyone says.

It might be the best decision that you could make. But, with nineteen major world religions, over two hundred large religious groups, and countless smaller beliefs, it might turn into something that takes years to properly explore.

Tap into your inner sphere to find what's right for you.

Even if nothing seems to fit. Going on that exploration may, at least, result in independence and inner peace. And it will be well worth the time that the journey can take.

There’s something, someone, somewhere out there.
The place where you belong.
One day, your spirit's compass will lead you straight to it.