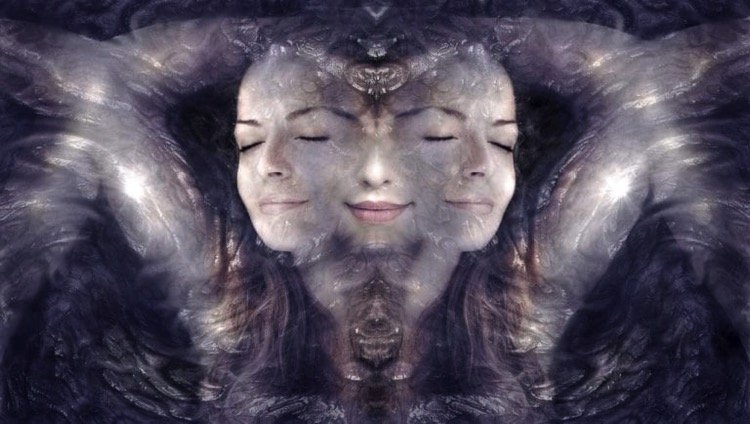 Let’s talk about Destiny in Greece, Rome, and Northern Europe. Woven into the Iliad and countless mythical tales were stories of the unbending forces of Destiny and her agents – pretty much everything from birth through life and death was dictated by it, and even the so-called lesser gods were but loyal subjects to its power and workings.

Albeit less obvious, the powers of Destiny outshone the will of man and even the will of gods, regardless of the prevailing circumstance.

Destiny orchestrated the grand scheme of things. And, as many would come to realize, it was final, bending neither to the will of man nor to the entitlement of the deities. Still, they often tried to revolt against their tough benevolence.

Among gods, perhaps the first and arguably one of the most iconic manifestations of Destiny was in the life of Cronus, son of Uranus and Gaea, Mother Earth. Cronus, a Titan, was destined, or rather fated to fall by the hand of his own blood. Having learned of his fate, Cronus sought to manipulate it.

He reasoned, that if none of his offspring ever lived, there would be no one to turn his gruesome fate into reality.

The Titan turned cannibalistic, consuming his children alive as soon as they were born.

This went on for a while, until his wife and sister, Rhea, disgruntled by her husband’s insensitive acts, ferried her last child to a faraway island.

To satisfy her husband’s appetite for his own child, she wrapped a stone in linen before presenting it to Cronus, who wasted no time swallowing the supposed baby.

Rhea’s actions were driven by a mother’s love. But yet unknown to her, she had effectively set in motion the wheels that would lead to the fulfilment of Cronus’s destined fall.

The child Rhea hid grew up to become Zeus, who, in the company of his rescued siblings executed the Titanomachy against Cronus and his lot. And in the end, Cronus was banished into Tartarus.

Zeus did not at all share the same fate as his father. The victorious god was destined for greater things and would go on to become the sovereign ruler of Olympus and Master of the Earth.

In classical Roman Mythology, Fate, or the Destiny of an individual was called Fatum – the spoken word to rule the earth and all mortals and gods alike.

The power house that controlled how events played out in the world, three entities, the Sisters of Fate, conducted and assigned the roles of every individual in the grand scheme of events.

The three sisters or Moriae (Parcae in Rome) were:

These three divine beings were Destiny personified. They were the daughters of Ananke - the premordial goddess of Necessity.

Together, they were in charge of the mother thread of life that dictated the Destiny of mortals and gods alike.

Although these beings were closely connected with Zeus, they were for the most part independent.

The Fates, depicted in Greek mythology as old wretched, fearless and emotionless beings were revered by men and gods.

They controlled the Destiny of humanity by conveying individual threads representative of the singular Destiny of every being on earth.

As soon as a child was born, a sister of the Fates appears to assign its lot or fate. And for one king, this Destiny was to kill his father and marry his mother.

The Tale of Oedipus

When King Laius of Thebes and Queen Jocasta heard that their newly conceived son Oedipus, would kill his father and marry his mother, their first instinct was to do away with the infant. They handed him over to a shepherd, tasked with the job of dropping him off the peak of a mountain, or leave him in the wilderness, so he would be devoured by beasts.

But Destiny was not to be violated.

The shepherd, in a fit of mercy, refrained from abandoning the child and instead handed him over to another shepherd from Corinth, thus setting in motion the chain of events that would eventually lead to the fulfilment of Oedipus’s Destiny.

Oedipus was shown to the king of his new home country, and, as goddesses would have it, that king, who had no children of his own, decided to adopt the infant.

And Oedipus was accepted into the royal family and grew up as the son of King Polybus and Queen Merope. As time went on, he was approached by a man who claimed that he wasn’t the real son of the King, and although Oedipus dismissed the comment, it lingered on in the back of his mind.

He asked the Great Oracle of Delphi, who disregarded his question, but revealed to him that he was destined to murder his father and marry his mother. To avert this, Oedipus, oblivious of his true lineage, decided to flee his hometown as not to endanger those whom he thought to be his true parents. Instead, he went to Thebes.

While running away from Corinth, on his way to Thebes, Oedipus came across the chariot of no other than King Laius, his father.

Oedipus, oblivious of this, got into a heated argument about who had the right of way.

This escalated in a bitter fight and, in the end, Oedipus killed both his biological father, King Laius, and his charioteer.

The incident is reported as a robbery though, so Oedipus escaped scot-free while fulfilling the first part of his Destiny – murdering his father.

Oedipus then came across the Sphinx, who plagued the kingdom of Thebes by killing any traveler who failed to answer her riddle began to challenge Oedipus, too. Unlike the travelers before him, Oedipus solved the riddle, and in a fury of frustration, the Sphinx committed suicide.

The people of Thebes warmly welcomed Oedipus. He learnt of the promise that the throne would go to anyone who defeated the Sphinx. Creon, Queen Jocasta’s brother, crowned Oedipus King of Thebes. Oedipus then married the sitting queen, Jocasta – fulfilling the second part of his Destiny.

The gripping story of Oedipus is peculiar in the sense that it aptly demonstrates one of the fundamental tenets of Destiny in the mythological universe – Destiny manifests by the deeds of men, it doesn’t just comes to be, but it is the culmination of the action, inactions and interactions of mortals, whether intentional or otherwise.

For Oedipus and his parents, their deliberate measures to change the course of the child’s fate ultimately led to its very course.

In an attempt to flee from what he thought to be his fate, Oedipus, instead, approached it with arms wide open.

One mythical hero who accepted his Destiny was Hercules

Hercules, or Heracles, was an illegitimate son of Zeus borne by the beautiful Alcmene. His birth and childhood were laced with difficulties since Hera, the wife of Zeus, sought every means to end his life.

The young Hercules survived every single trial and onslaught. In one particular incident, when Hera sent a serpent to do away with both him and his twin Iphicles, Hercules stood up to the beast and strangled it.

Marvelled by the display of courage and valor by an infant, his mother’s husband Amphitryon called his seer Tiresias, who declared that Hercules was destined to slay numerous monsters and become a great hero.

And boy! Monsters did he slay.

Hera struck Hercules with madness; he murdered his wife and children. Then he sought retribution, directed by the Oracle of Delphi, that was under the spell of Hera.

He followed the oracle’s word and went to serve Eurystheus. Fulfilling his Destiny of slaying beasts, Hercules was ordered by Eurystheus to complete ten different tasks, most of which consisted of…you’ve got it …slaying monsters.

Here a few of the twelve tasks of Hercules, or his labours, as they were later called:

Hercules was famous and notorious for his prowess at disposing of beasts. He accepted any feat wholeheartedly. A true monster buster.

Unlike Oedipus, Hercules never fought against his violent nature. Instead, he embraced it, and as a result, it manifested in his day to day life.

Beasts were not the only ones falling to the might of Hercules, humans, other gods and any other beings deemed rival enough were subject to his powerful temper.

The stories of Oedipus and Hercules have one thing in common.

Destiny prevails, whether or not the subject opposes it.
Oedipus rebelled against his fate and still, fulfilled it tragically.
Hercules accepted and fulfilled it.