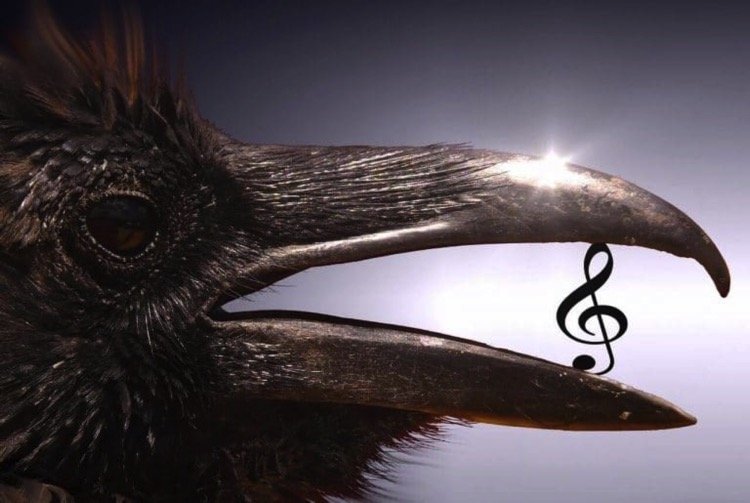 What, or in this case rather more appropriately, who is in charge of the melody of life? Who directs the seemingly unbending force that coordinates our journeys and defines our futures?

Are we all chess pieces in an elaborate chess game? Is our every move pre-determined, predictable and inconsiderate to our own wants and cravings?

These questions and the seemingly glaring notion of an inescapable fate is one that has intrigued songwriters, ballad composers, and music artists for many centuries and as is reflected in the soulful renditions of their personal philosophies and experiences. Let us start with an all time classic:

Another amazing work that pays hommage to the unchallenged original force is La Forza del Destino – The Power of Destiny.

Guiseppe Verdi wrote this outstanding opera that is following the life of Don Alvaro, the son of a disgraced nobleman.

In his quest for redemption, Alvaro falls in love with Leonora, the daughter of the Marquis of Calatrava. Leonora’s father, however, disapproves of the relationship, and, the lovers plan to flee the town.

Alvaro arrives on the day, but their escape is interrupted by Leonora‘s father, who, promptly disowns his daughter.

When Alvaro’s gun hits the Marquis, the dying man curses the two lovers.

The now desolate Leonora decides on a life as a hermit. Alvaro goes on fighting for Spain in the German war.

Carlo joines the Italian forces in the same war, and the two men, oblivious of their identities, meet on the battlefield.

When Carlo is severely injured, Alvaro saves him. The two subsequently forge a pact of friendship.

However, when Alvaro is wounded and expects to die, he asks Carlo to help him dispose of some personal belongings – in the process Carlo finds a picture of his sister Leonora.

Now aware of Alvaro’s true identity, Carlo is enraged, yet, as fate would have it, Alvaro recuperates from his illness.

The two then fight a duel until other soldiers separate them. Carlo still ponders revenge, while Alvaro is flustered by the recent happenings and retires to a monastery under an alias.

It is the same monastery that Leonora joined to live as a hermit. Carlo traces Alvaro to the monastery, and is severely injured in the ensuing fight.

She hastens to attend her vanquished brother but is, instead, greeted by the cold metal of his dagger.

The siblings pass away leaving a distraught Alvaro to accept and declare that the hand of Destiny had indeed cursed him.

To Norman Blake, Gerard Love, Raymond McGinley and Francis MacDonald, members of the Scottish alternative rock band Teenage Fanclub, there is no supernatural force or orchestrator.

To them, all our affirmations of such an authority stem from the insincere union of our innate fears and flamboyant ignorance. In their 1991 song ‘Star Sign’, their rendition, though seemingly naïve, seems actually valid from their point of view – that of teenagers.

Very few people encounter the force of Destiny while they are young; and if, it takes a while to get accustomed to its loving and sometimes scarring, powerful embrace.

In her 1970’s song titled the ‘Circle Game’ Joni Mitchell resonates the ideology of most ‘adults’ that, indeed, in a circle we strive and thrive, while all that has happened and all that will be is already woven or even set in stone while many are just playing out fully plotted scenes.

The idea of self-determination, the ability to manipulate and coax one’s Destiny into a more pleasant outcome is one that has a substantial followership and among its ardent believers is the English band Talk Talk.

In their 1986 song ‘Life’s What You Make it’ from the album ‘The Colour of Spring’ the group reiterates the growingly popular stance to roll up your sleeves, take on life and get what you can.

Again, while such a belief does hold water from a particular point of view, given that it makes more sense to hassle with life instead of relapsing into a state of nothingness, the song’s subtle assertion that everything’s alright reveals it’s overly optimistic tone – because…everything is not always all right.

Travel back in time from Talk Talk’s ‘Life’s what you make of it’, to a mantra and the perspective of The Incredible String Band, and you’ll a more realistic view of how life works.

The Incredible String Band’s ‘Eye of Fate’ song released in 1967 as a single from their ‘The 5000 Spirits or the Layers of the Onion Album’ - summarizing their conceptions about Destiny and fate.

For a man could wake up one morning, head out and get struck by lightning or switch on the TV and realize that he is the winner of the lottery.

The principles of Destiny explain quite a number of earthly scenarios; and, for Chaka Khan - the multiple Grammy award winner and widely acclaimed queen of Funk - it is the only explanation for her love life.

Let us do a quick hop over from music to poetry.

Contrary to Talk Talk’s ‘confront life head on’ belief, in 1962, Greenwolfe reiterates the now widely accepted view ‘accept your fate and move on’.

In his Acceptance of Fate poem, the poet clearly resonates that Destiny respects no man; it can uplift, drop or stagnate any figure regardless of proceedings.

What remains is to recognize its unmovable force and then continue towards living.

Acceptance of each circumstance, Is one great truth of life.
But often, comes at quite a cost, much suffering, and strife.
Acceptance then, includes the fate, You choose on fateful days.
To leave this world a sacrifice, Or live in other ways.
The hardest thing to realize, When all is said and done;
Accepting losses in one’s life, Is one sure sign you’ve won.

For Greenwolfe, recognizing the power of Destiny itself is the first step towards success, realizing humans may just be subject to the will of Destiny.

And exactly that is the superpower that can position us on an plane of peace and tranquility.

And finally: Whatever Will be, Will be

Virtually all millennials and a significant part of the baby boomers, grew up with the tunes of ‘Que Sera, Sera- whatever will be will be’ humming in the background.

Like a siren, the lyrics of this song gave a subtle reminder of the eternal law of life – whatever will be, will be.

It’s simple, whatever will be will be; the sun will rise, the moon will puncture the night sky, and our destinies will eventually become clear as a part of the cycle of life.

This 1956 lyrical masterpiece written by Ray Evans and Jay Livingston, revered for its simple yet metaphorical imagery, first presented in Hitchcock’s movie The Man Who Knew Too Much, this meaningful gem provides an insight both into the film and summarizes the ideals of Ray Evans who, despite being born into a deeply religious family, despised religion and its workings.

His faltering relationship with religion, though significant at the point of life, was subject to the hand of Destiny because.

The way Destiny works, one could wake up the next day, as was with Saul in the Bible, and develop a staunch likeness for religion or he could continue walking the path of total dislike after a life of religious devotion.

Courtesy of the great force of workings and motives.

Well, all and any scenario is possible, because… the future’s not ours to see.

Unless through divination, but that‘s another topic soon to be talked about here at helenalind.com.