Destiny on the Screen 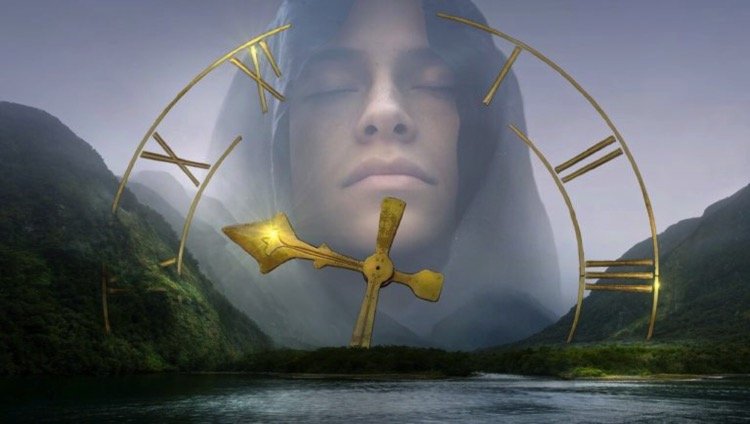 The idea, that all happenings follow a predetermined course of events, is a widely respected belief, evident in the lives of a great part of the world’s population.

Like many other aspects of life - love, romance, tragedy - the manifestation of Destiny in the journeys of people is often a centre plot of show business.

Today, the film industry is host to a huge repertoire of movies, TV shows and series, each with a unique and shimmering perspective of Destiny. Among that flustering list, these titles stand out.

One facet of Destiny is that every living thing on the face of the planet has to come to terms with is death. Eventually, regardless of your race, social status, influence, etc. - we all get to die someday.

The Final Destination series depicts just how inescapable fate is, with an added extra touch of gory.

The 2011 itinerary of the movie follows the life of one group of friends who had been predestined to die on their trip, and like with most films in the franchise, this sad fate is revealed to one member of the group.

In a classical Destiny style tale, they try as they may, but there is no escaping this gruesome fate. And, it was their attempt to flee from supposed danger zones that results in their unfortunate deaths.

In the case of Final Destination, Sam Lawton is the prophet Elijah, the prophet of doom. On their bus trip, he is faced with a vision that clearly shows how he, and almost everyone on the bus, will die from an accident at the upcoming bridge.

Lawton manages to convince everyone to abandon ship. Just as the catastrophic bridge collapses, everyone on the bus is saved, or so they thought.

When Candice, one of the survivors, went for her regular gymnastics practice, she was met with an elaborate sequence of events that ultimately culminated in her death.

The next day, Isaac, another survivor, dies at his acupuncture session. His death is followed by Olivia and, by this time Sam Lawton realizes, that people are dying in the order they did in his vision.

The remaining survivors receive a tip that by taking the life of someone else, they would replace their destined fall with the life of that person – subconsciously each surviving member of the group begins searching for a life to take.

Two succeed: Sam and Nathan. Thinking that they escaped impending doom, Sam and his girlfriend decide to vacate the city to start a new life, but Destiny, not to be messed with, catches up with them as their plane goes up in flames mid-air.

Ironically, the landing gear from the ill-fated plane pummels through the roof before crushing Nathan to his death.

In the end, no one escaped their destined death.

While the Final Destination franchise lacks a slasher character that orchestrates inevitable death, the movie Wanted incorporates a slasher figure or more appropriately - a group of slashers.

The group is directed by the ancient loom of fate that determines who gets to live and who gets to die. In this context we encounter the unequivocal force of Destiny – and the group is the mechanism that undertakes the destined fall.

The movie follows the life of Wesley, who lives a troubled life with a shitty job and a cheating girlfriend.

However, all this changes when he is recruited by the group to be their latest orchestrator in more direct terms.

He is given plenty of money and, subsequently then trained to be a killer in preparation for his ultimate task, which is killing a man named Cross, who according to the group leader, Sloan, has been destined to die by the loom of fate.

At the end of his training, and after other successful demo missions, he finally faces Cross.

Unknown to him, Sloan has ordered another group member, Fox (a character played by Angelina Jolie) to kill Wesley as soon as he is done killing Cross, which was supposedly the grand wish of the heirloom.

Fox complies, and as the Cross and Wesley duel in the train, she crashes a car into it causing its derailment.

Wesley is left hanging over a pit, and in a surprising turn of events, he is saved by Cross. Wesley repays the favor by shooting Cross, who, with his final breath, reveals to him that he is, in fact, his biological father.

Fox confirms this and goes on to explain that Wesley was contracted to kill Cross because he is the only person Cross wouldn’t kill.

Before Fox could complete her mission of killing Wesley, he jumps off into a pit and is later rescued by Pekwarsky, a close associate of Cross.

Pekwarsky further reveals to Wesley that Sloan manipulated the Loom’s calls after the Loom pinpointed him as the next target.

It is when Cross, Wesley’s father, discovers this to go rogue. Wesley is infuriated and attacks the group’s headquarters, and in the final battle scene, he is surrounded by seven assassins including Fox. Wesley relays the real story to this group before Sloan then reveals that they all, Fox inclusive, are targeted by the Loom; he then presents them with two options: ignore the call of the Loom, kill Wesley and go on profiteering from their abilities or, obey the call of Destiny and vanquish themselves. Destiny, personified as the will of the loom, however, is not meant to be a choice.

Stunningly, Fox curves a bullet through the skulls of the ensemble of assassins circled around Wesley, killing the bulk of the assassins (including herself).

Sloan manages to escape, but as to be expected, has his due date with Destiny, and in this case, Wesley is the hand of fate.

Although Destiny is known to, sometimes, manifest by a miraculous turn of events, for the most part, regular daily occurrences can set the tone for the manifestation of Destiny.

Very few movies demonstrate how seemingly trivial events in the life of an individual, can set up such an individual into the expression of Destiny like the 2008 drama ‘Slum Dog Millionaire’.

Born in the slums, 18-year-old Jamal Malik, manages to secure the hot seat of the Indian version of ‘Who wants to be a Millionaire’. Quite surprisingly, he scales through 14 of the 15 questions.

But before he gets the opportunity to answer the final question for the grand prize of $310,000, the show ends for the night.

Perplexed on how a penniless and uneducated ‘slum-kid’ is able to answer 14 questions correctly, the organizers reach out to the police, on the grounds of fraud and deceit.

Instead of finding evidence of fraud, the police inspector spends the night learning about the multi-layered and intriguing life of Jamal.

How he managed to circumvent the scarring life of living in the slum, his no-love-lost-relationship with his brother and, more importantly, what is best described as the ‘destined’ chain of events that grant him the answers to all of the initial 14 questions of the show.

Suffice it to say that his account convinces the laser-eyed inspector.The case of Destiny being the orchestrator of all things, big and small, is made more convincing when one considers how Jamal got a seat in the show in the first instance.

While most people come on to the show in search of financial independence, Jamal is there for his estranged love, who slipped his grasp more than once.

If he would have been reunited with her in any of his previous attempts, he would have missed out on the opportunity to star in the game show.

Starring on the game show Who wants to be a Millionaire, watched by almost everyone with a TV in India, is his final attempt at making a connection with her and in so doing, he is not only reaching out to her. He is also connecting with his lifelong Destiny to escape the unholy grasp and embrace of poverty.

Many more movies illustrate the concept of Destiny, each with styles markedly dissimilar from the rest.

In the TV series Lost, Destiny is portrayed as something that is to be discovered – more like a self-fulfilling path if you like.

Sliding Doors, the 1998 drama which follows the life of Helen Quilley and her trials and tribulations, depicts Destiny as an ordained end that manifests regardless of the road to manifestation.

Helen Quilley‘s journey is split into two parallel universes, and in each, she leads a different life.

The outcome of her life in both worlds is, however, the same – the one, where she looses her husband and child, before falling in love with a new person.

In her case, and as is with Destiny in real life, its manifestation is independent of the path we take, because, in the end, all roads lead to our destined future.