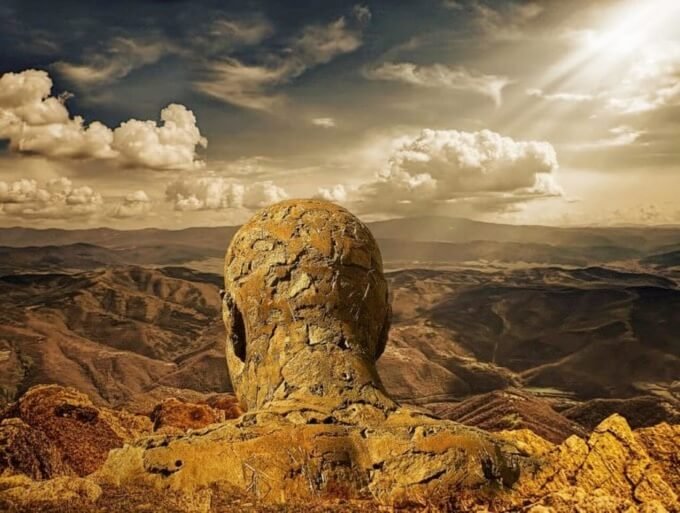 What or who controls Destiny? In the ever dynamic religious world, the answer to that question routinely fluctuates between designed by God – manipulated by man and orchestrated in entirety by God.

Regardless, however, unlike the growing populations of atheists and deists, the religious community as a whole accepts unilaterally that there exists an unwavering force of divine providence.

The holy books of the world’s main religions all paint a picturesque scenario of an omnipotent being who has the world in his palms; controlling every event in it.

From the daily rising of the sun and its setting to the cycle of life and death, and all the possibilities that occur within. This being is God, and for the most part, he is the author and finisher of all destinies.

Destiny and Fate in the context of book religious settings

Destiny and Fate are two words often used to describe a predetermined course of events set by a superior force over which we as humans have no control.

In the context of a religious setting, however, these two can be substantially different from each other.

The fate of man is his apportioned lot in the grand scheme of things. Classic fate is said to abhor individualism and the belief that we, as humans, are created special. Instead, fate emphasizes our existence as a means to fulfilling an end – the natural order of things.

Destiny, within the confines of Abrahamic religion, regards man as unique creature that, set in a specified framework and given encouragement and support, is able to fulfil a destined and desirable outcome.

Within the context of Destiny, man does not act as the proverbial cog in a wheel in the natural order of things; she is more of a more or less wilful participant, capable of influencing the course of Destiny within a given context.

In other words, she is apportioned her lot but very much involved in the fulfilment of their lot.

In today’s religious world a divide exists in consequence of this discrepancy.

On the one hand is the school of thought that nourishes the belief that humans do not influence their destinies or fates, and on the other hand, there are those that believe that Destiny can be influenced at least to a certain extent within confined boundaries.

From the Christian perspective

For I know the plans I have for you, declares the Lord, plans for welfare and not for evil, to give you a future and a hope.

Or, consider the life of Saul, the tormenter turned ambassador.

Born in Tarsus of Cilicia, Saul of the tribe of Benjamin was a staunch Hellenistic Jew and member of the Pharisees – the same group that questioned the teachings of Jesus Christ the Nazarene.

Unlike his co-Pharisees, however, Saul was not only vocal with his discrimination against Christians but also violent.

For Saul, Christians were meant to be prosecuted and jailed – the religion and its followers were to be obliterated from the face of the earth, and this was exactly what he went about doing.

On his way to Damascus, where he was scheduled to conduct another passage of torment and persecution, he was confronted with his true Destiny; that of being an ambassador for Christianity.

The mind of a man plans his way, but the Lord directs his steps.
Proverbs 16:9

Destiny in Islam is more of an established concept, for a fact, Qadar or the Decree of Allah, is one of the pillars of this religion.

However, unlike the Christian persuasion where the emphasis is on a predetermined set of events already set in stone, the Muslim idea of fate takes the form of Destiny, when, as described earlier, active individuals have a particular role to play.

Listen to the Quran:

Indeed, all things, we created with predestination.

However, this predestination acts like some boundary that regulates the extent of man’s Destiny – not a command.

And we divided them throughout the earth into nations. Of them some were righteous, and of them, some were otherwise. And We tested them with good times and bad times so that perhaps they would return to obedience.

As it turns out, subscribers of Muslim fate are constantly under a test, a test to determine their level of subservience to Allah. In the context of this test, and within one’s environment, the life of man, and what he turns out to be their future, and how they die are subject to their own decisions.

It is important to note that there are right or wrong decisions, actions, and inactions defined by Allah.

These good or bad decisions are the blueprint of a man’s Destiny; whichever paths he follows leads to a destined end befitting decision. Whatever the end is, Allah already knew.

Whether Destiny is subject to human influence is a debate that continues vividly among religious scholars.

One thing that is nonetheless certain is the fact, that it is a force superlative to human will.

It is ordained and enforced by beings well above human comprehension, and for the most part, even if man will affect it, it is more or less a complementary effect than it is a definitive one.